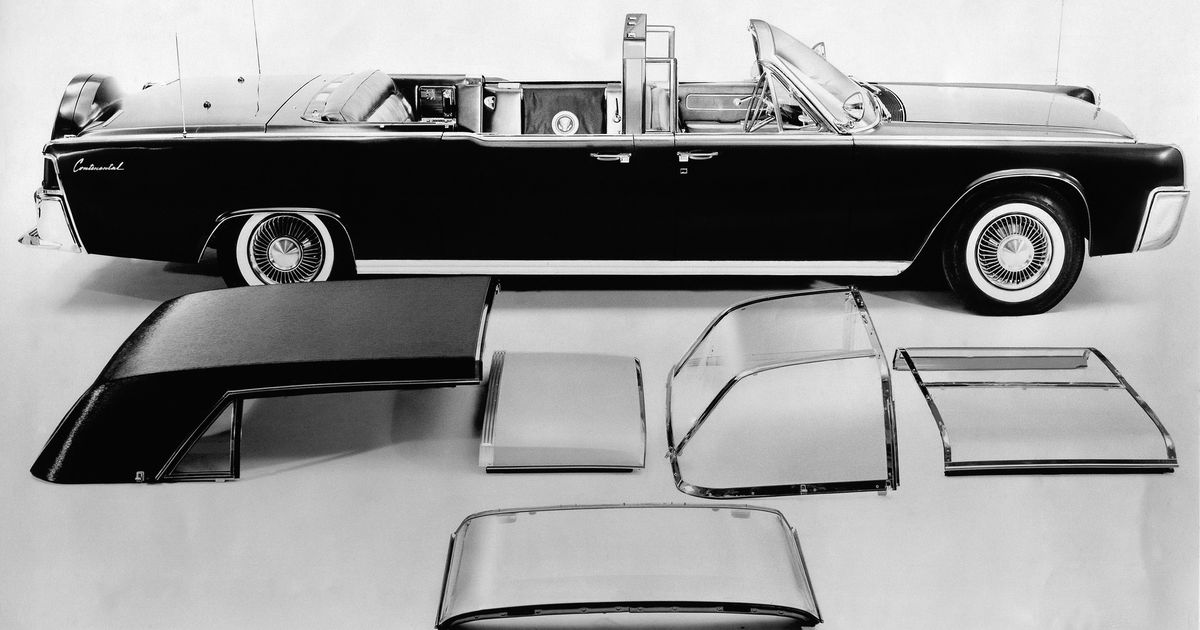 November 22, Dallas will be remembered as the location where John F. Kennedy was shot in 1963. Our images of him that day are forever locked with his limo: A modified 1961 Lincoln Continental four-door convertible. Its low, angular lines and rear-hinged “suicide” doors were a bold design that personified Kennedy’s new charm. The press later dubbed the vehicle the “death car”.

1. The Lincoln was leased, but received six-figure upgrades from the White House.

The car was made from a 1961 Lincoln Continental four-door convertible – retail price $7,347 – that rolled off the assembly line at parent company Ford’s Wixom, Michigan plant. The White House leased it to Ford for a $500 a year token and sent it for $200,000 in modifications by elite custom coachbuilder Hess and Eisenhardt in Cincinnati, Ohio. (The company’s other high-profile customers included the Queen of England.) In the process, the car gained the Secret Service codenames – SS-100-X and X-100 – and the grille of a 1962 model, so she appeared just up-to-date.

2. The limo was stretched and loaded with unusual features.

The car had a six-piece roof system consisting mostly of clear plastic panels that were stored in the trunk and a rear seat that could be hydraulically raised over 10 inches for better visibility of its occupants. There were two radiotelephones, similar to walkie-talkies or CB radios rigged to telephone handsets. The car’s most notable extra was its length, 3 1/2 feet of it, gained by cutting it in half and extending the rear passenger compartment to create more space and to accommodate a row median of forward-facing jump seats that folded down when not. used.

3. Here’s how Kennedy’s ’60s Lincoln limo would compare to a modern presidential Cadillac limo. This 2013 example has been dubbed “The Beast”.

4. The bubble top wouldn’t have helped Kennedy that day in Dallas.

Would the plastic bubble top have made a difference that day if it had been used? Gary Mack, the late curator of Dallas’ Sixth Floor Museum in Dealey Plaza, told us no, it wasn’t bulletproof. In fact, there was no protective armor on the vehicle. Mack says that for all the car’s upgraded features, it served primarily as an “expensive, fancy limo.”

5. After the Kennedy assassination, the limo was hastily returned to service.

Kennedy’s Lincoln, sensationally dubbed the “death car” in a 1964 Associated Press article, was hastily rebuilt after the assassination. Name of the project? The quick fix. The logic was simple, according to the Henry Ford Museum’s curator of transportation, Matt Anderson. “It takes about four years to make one, from initial planning to delivery to the White House. They just didn’t have time to build a new car. President [Lyndon B. Johnson] need a limo; it was the easiest and most efficient way to do it.

6. The rebuilt Kennedy limousine was heavily fortified at a cost of nearly half a million.

High-tech features – for the time – included two radiotelephones, rotary dial telephone, AM-FM radio, public address system, electronic siren and remote control door locks. The car gained 17% more power with a new hand-built high-compression V-8 engine. And with all the added weight—the car now tipped the scales at 9,800 pounds, from 7,822—the team installed “the largest passenger car air conditioning unit ever built.” The ventilation system filled the trunk and was capable of producing 3 cubic tons of conditioned air, which was “enough for an average home”.

The final price of the Quick Fix project was estimated at $500,000. The car underwent extensive road testing and was delivered to the White House and LBJ fleet in late spring 1964.

7. The limo stayed in service longer than expected and you can still see it today.

It is unlikely that the car remained in service during the administration of President Richard Nixon and until 1977, the first year of Jimmy Carter’s administration. It was retired at the end of that year and returned to Ford. The automaker donated it to the Henry Ford Museum, where Anderson says it remains one of the museum’s most popular exhibits. On November 22 every year, some people leave flowers near the car.

8. JFK’s limo is still part of the assassination plot lore

According to the late Gary Mack, curator of the Sixth Floor Museum, as the car was parked outside Parkland Hospital on that fateful day, something strange happened. There have been strange reports by some hospital staff of a man in a suit inside the emergency area who asked for a bucket of water and towels. “And the implication was that they were going to clean up the car – clean up the crime scene,” he says. The mystery man has never been identified, but Mack says “a bucket was photographed at the left rear door of the limo before being carried to the emergency entrance.” And yet, photographs of the backseat of the car taken by the FBI after the car was returned to Washington, DC reveal that it does not appear to have been cleaned. Maybe only the driver’s area was wiped down?

Mack points to another remaining mystery tied to the car: radio transmissions. Every vehicle in the motorcade that day was hooked up to a radio network, and he says the Secret Service was monitoring the conversations from a room at the Adolphus Hotel. The transmissions were forwarded to Air Force One and, presumably, the White House communications agency. “Where are the tapes? Nobody knows,” Mack says. “The recordings could be significant if, as one of the limousine officers testified, he was on his radiotelephone during part of the assassination and his microphone could have picked up the sound of gunfire.”

Mack shared this information with the Assassination Records Review Board during its 1994 search stop in Dallas when they took testimony from several people. He says the council looked into the matter, but could never get a clear answer. “Now, you might assume that the Secret Service doesn’t want secrets out. Well, procedural things, of course. But that opens the door to reasonable doubt. And that’s why people are still so fascinated by this topic because parts of it, to this day, just don’t make sense. 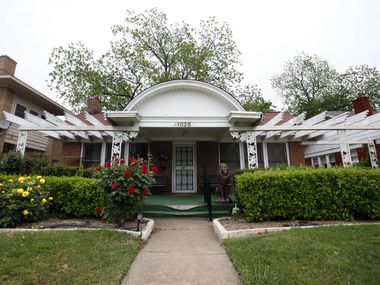 2021-11-22
Previous Post: Imagined: the Prime Minister’s next limousine, with an electric touch
Next Post: BMW unveils its own ‘spy photos’ of the i7 electric limo