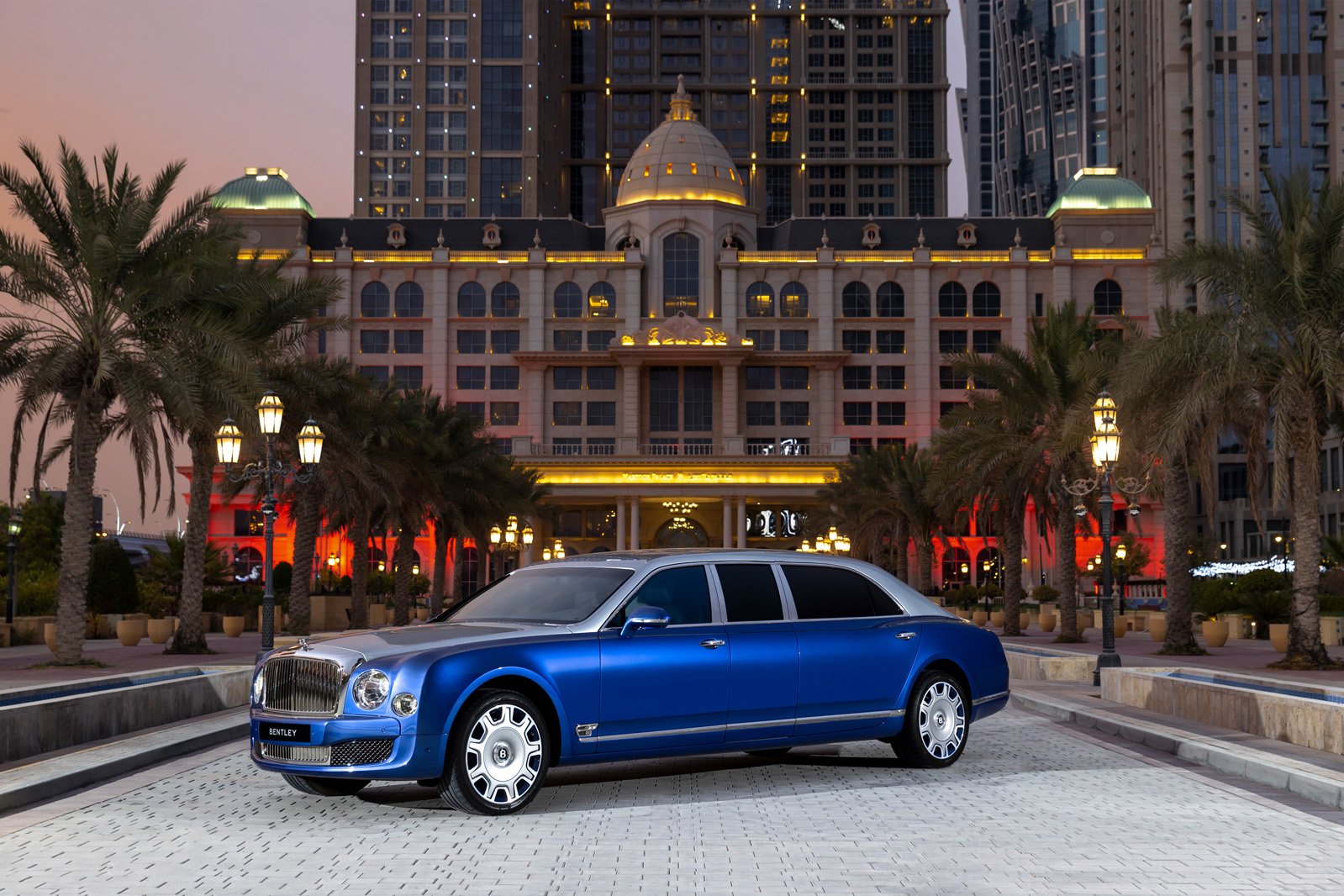 Bentley sells five Mulsanne Grand Limousine models, bodybuilder in partnership with Mulliner, which have never been recorded or used.

The British company ceased production of the £241,000 Mulsanne last year, but built these bespoke models in 2015 for customers in the United Arab Emirates. None of the five were registered or driven on the road, although they were shipped to the Middle Eastern country.

One model was designed with a silver-on-blue exterior paint, paired with a blue and linen interior complemented by Burr Walnut veneer. A second model received damson paint on black, with damson leathers and dark walnut veneer.

Another model is described as having “Onyx exterior over Candy Red, with Hotspur and Camel interior finished with Olive Ash veneer”, while another gains “Rubino Red bodywork over Light Gazelle, with Fireglow leather interior and Twine associated with Burr Walnut Varnish”.

The stretched limos have a specially redesigned chassis and suspension and are driven by Bentley’s double-turbocharged 6.75-liter V8 gasoline engine, producing 505 hp and 752 lb-ft of torque.

All Mulsanne Grand Limousine models were fitted with custom heating, ventilation and air conditioning, with an intercom to talk to the driver. The model also marked the first time that electrochromic smart glass (able to change from completely opaque to transparent) was used in a Bentley.

Bentley kicks off sustainability with a special Flying Spur PHEV