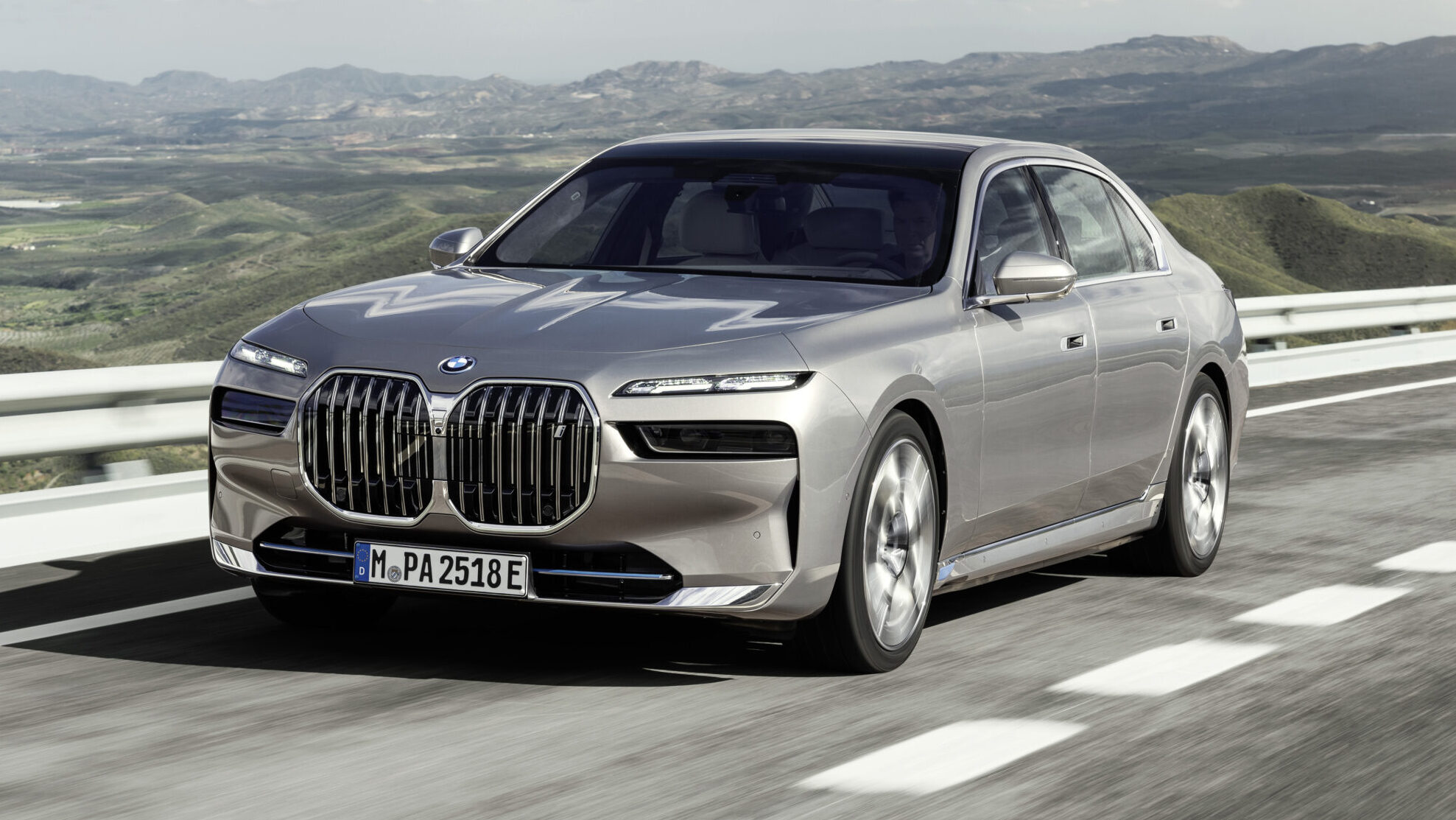 BMW will add the luxurious i7 limousine to its Australian range of electric vehicles in the fourth quarter of 2022.

Virtually indistinguishable from the new generation of the ICE 7 series launched at the same time, the i7 xDrive 60 will arrive in Australia with outputs of 400kW / 765Nm from two electric motors.

The i7 xDrive60 will be powered by a lithium-ion battery with 101.7 kWh of usable energy that can be charged up to 195 kW using DC electricity. The claimed WLTP range is up to 625 km.

BMW claims the i7 xDrive60 hits the standard sprint in 4.7 seconds.

If all of these specs sound vaguely familiar to you, then check out our review of the BMW iX xDrive 50 Sport. It uses a basically similar setup.

BMW has yet to reveal pricing for the i7 or the Orthodox 740i, which will be powered by a turbo-petrol inline-six engine assisted by 48V mild-hybrid technology. While the limo market is expected to quickly adopt EV drivetrains, BMW is planning ICE versions in the medium term.

Plug-in hybrid versions of the new 7 Series – including the first BMW M six-cylinder PHEV – will launch in 2023 with a more powerful 450kW/1000Nm i7 M70 xDrive. Australian sale has yet to be confirmed.

The i7 will be a direct competitor to the Mercedes-Benz EQS battery-electric sedan soon to go on sale in Australia.

Teased several times ahead of its launch, the i7 is the latest in a wave of electric vehicles from BMW. The iX3, iX and i4 are all already on sale in Australia and the new China-only i3 has also been launched.

Battery-electric versions of the X1 small SUV and 5 Series sedan are expected to launch by mid-2023.

The new 7 Series is the seventh generation of BMW’s flagship luxury car and is considered the most opulent to date. Swarovski crystals can even be fitted to the split headlights.

Available for now only in long wheelbase, it is 5391mm long and rides on an extended wheelbase of 3215mm. In total, it is 130mm longer, 51mm higher and 48mm wider than its predecessor.

Half of all sales will be made in China, where chauffeured tours are popular. A huge new 31-inch theater touchscreen that descends from the roof will only encourage this. There are no less than 36 speakers in the cabin and a 1965 watt amplifier.

Externally, the i7 is differentiated from ICE models by blue rings around the BMW logo and removable blue trim. It also has a slightly lower luggage capacity – 500 liters compared to 540.

Inside, the i7 manages the transmission tunnel for the ICE versions as they are built on a shared platform.

The 7 Series will come with Level 3 autonomous driving capability, matching the Mercedes-Benz EQS and ICE S-Class. However, it will initially only work at speeds up to 60 km/h.

2022-04-29
Previous Post: The new Brabus 900 is a 200 MPH limo SUV
Next Post: Find out aboard this $2.5 million luxury limousine used to ferry VIP passengers between their superyachts and shore