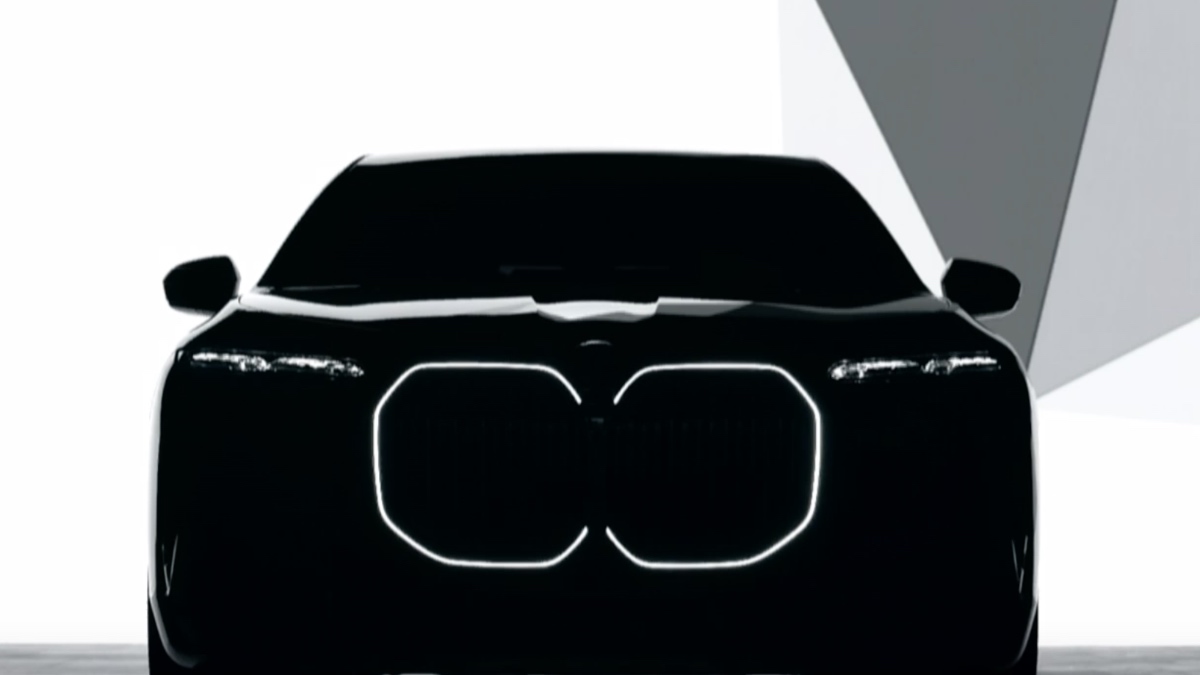 We get our first glimpse of the new BMW i7 all-electric luxury limousine in the most unlikely of places, the BMW Group’s annual press conference. Touted as the next BMW 7 and the most powerful version of the 7 Series, the decision to tease the next generation of 7 Series design in the form of the all-electric i7 is in itself a bold decision, with plenty of boldness, in your – face styling cues carried over to the Combustion 7 Series range. The new BMW i7 electric limo will see its global reveal next month, in April 2022. We expect to see the combustion and plug-in hybrid variants of the 7 Series soon after.

The BMW i7 will be built on the same platform as the combustion engine models, but will push the limits of on-board technology. The folding rear seat cinema screen, 31 inches in diameter and with 8K resolution capability, is definitely a highlight of the new i7. Another talking point is the addition of automatic doors as an option on the i7 and 7 series, as on a few select ultraluxury brands recently. While there are plenty of variants planned, a base i7 eDrive 50 is likely rear-wheel drive, using BMW’s fifth-generation eDrive electric motors, as seen in the BMW iX. A top-level M-tuned model is also said to be in the works, with an expected 650PS. Also as part of the presentation, BMW remains committed to its plans to introduce a Neue Klasse (new class) range of purely electric cars by 2025, based on bespoke EV platforms with cell technology. drums, circuitry and next-generation digitization. The first of these could be the brand new purely electric 3 Series. Appropriate, since the moniker was used between 1961 and 1977 to refer to the marque’s range of new cars with new engines that helped revive the company’s fortunes. BMW says it will have 15 pure-electric vehicles in production by the end of the year, including the iX, i4, Mini SE and upcoming 3-Series, 5-Series, X1 and X3 electric variants.

2022-03-16
Previous Post: The BMW i7 eDrive50 could be the entry-level electric limo
Next Post: Limousine Software Market 2022 | Global industry expected to experience significant revenue growth through 2028