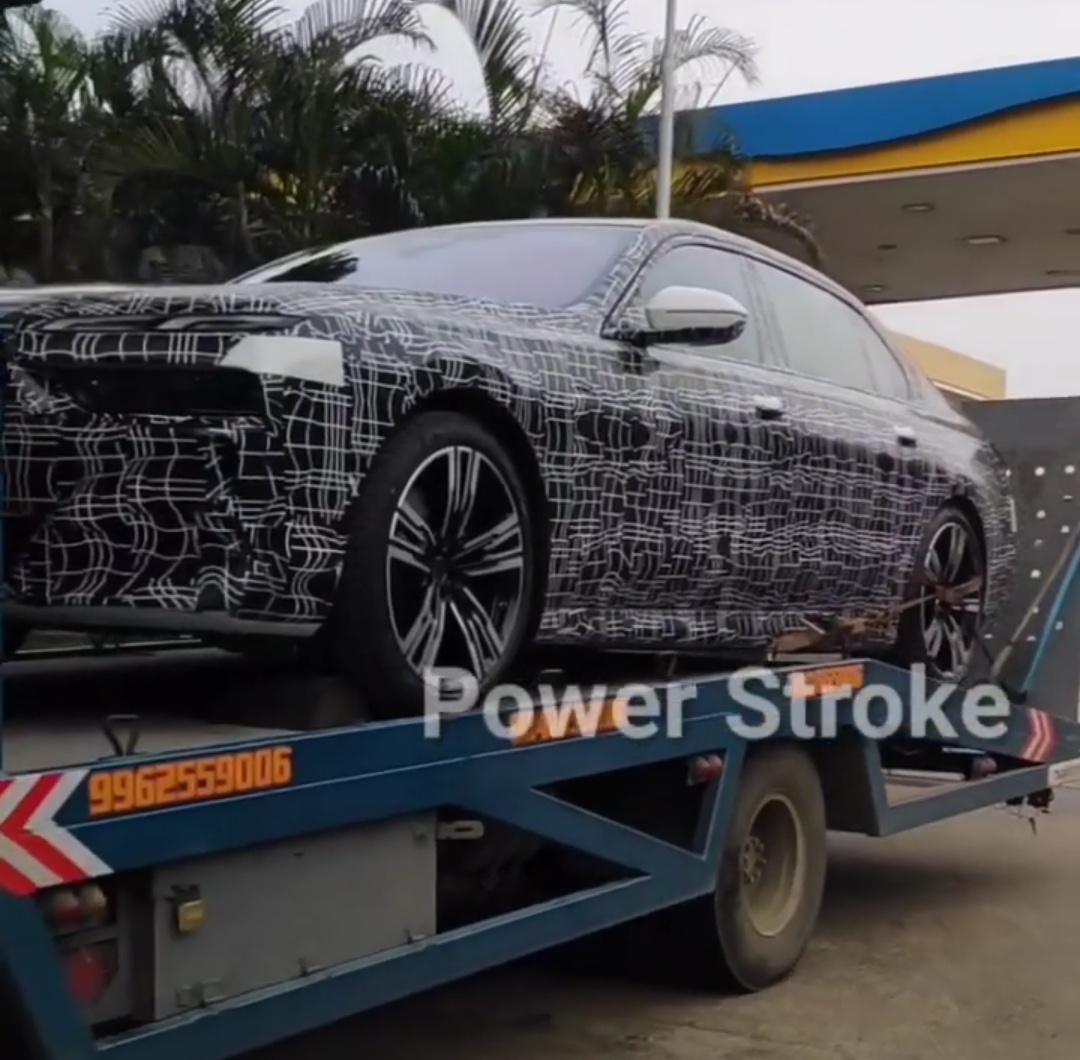 A few months ago, BMW unveiled the 7th generation of its flagship limousine, the 7 Series. The new 7 Series is expected to go on sale in international markets in November. Now the 7 Series has been spotted camouflaged in India. This hints that the limo may soon be launched in India. We expect the new 7 Series to arrive via the CBU route. Let’s see what we can expect from it:

The new 7 Series has a face that is sure to polarize opinions. The fairing is similar to what we recently saw on the X7 facelift. The grille is larger than and it is also illuminated. The lights are split into two parts where the headlights are in the middle of the bumper and the two-element LED running lights near the bonnet. The side features wheels ranging from 19-inch to optional 22-inch units. Traditional door handles are now giving way to recessed electronic touchpads. The iconic BMW Hofmeister crease can also be seen on the C-pillar. The rear gets slim LED taillights that have black surrounds. The limo gets several optional M-sport packages for more aggressive styling cues and bigger wheels.

The new 7 Series is significantly larger than the previous iteration with a length of 5391mm, width of 1950mm and height of 1544mm. Inside, the 7 Series features the latest iteration of BMW’s Live Cockpit Plus with iDrive 8 software integrated with 5G e-sim. The dashboard is dominated by a large curved screen divided into two parts. The instrument cluster behind the new flat-bottomed steering wheel is a 12.3-inch unit while the center touchscreen is 14.9-inches. The party trick of the new 7 Series has to be the 31.3-inch 8K cinema screen that’s mounted on the roof. It folds up to offer video streaming via Amazon Fire TV. The TV can be controlled either by touch or via two 5.5-inch tablets mounted on the door panels. It gets an optional Bowers and Wilkins surround sound system that comes with 36 speakers with 4D audio capability.

The majority of the powertrain option in the 7 Series range comes with some sort of electrification, including mild hybrid technology, plug-in hybrid and pure electric units. The 740d uses a 3.0-litre turbocharged straight-six diesel with mild hybrid and produces 299hp and 650Nm of torque. The 750e features an inline six-cylinder petrol engine with a plug-in hybrid system that produces a combined output of 490hp and 700nm of torque. The flagship 760i gets a 4.4-litre V8 that produces 544bhp and 750nm of torque. It can reach 0-100 km/h in 4.2 seconds and has an electronically limited top speed of 250 km/h.