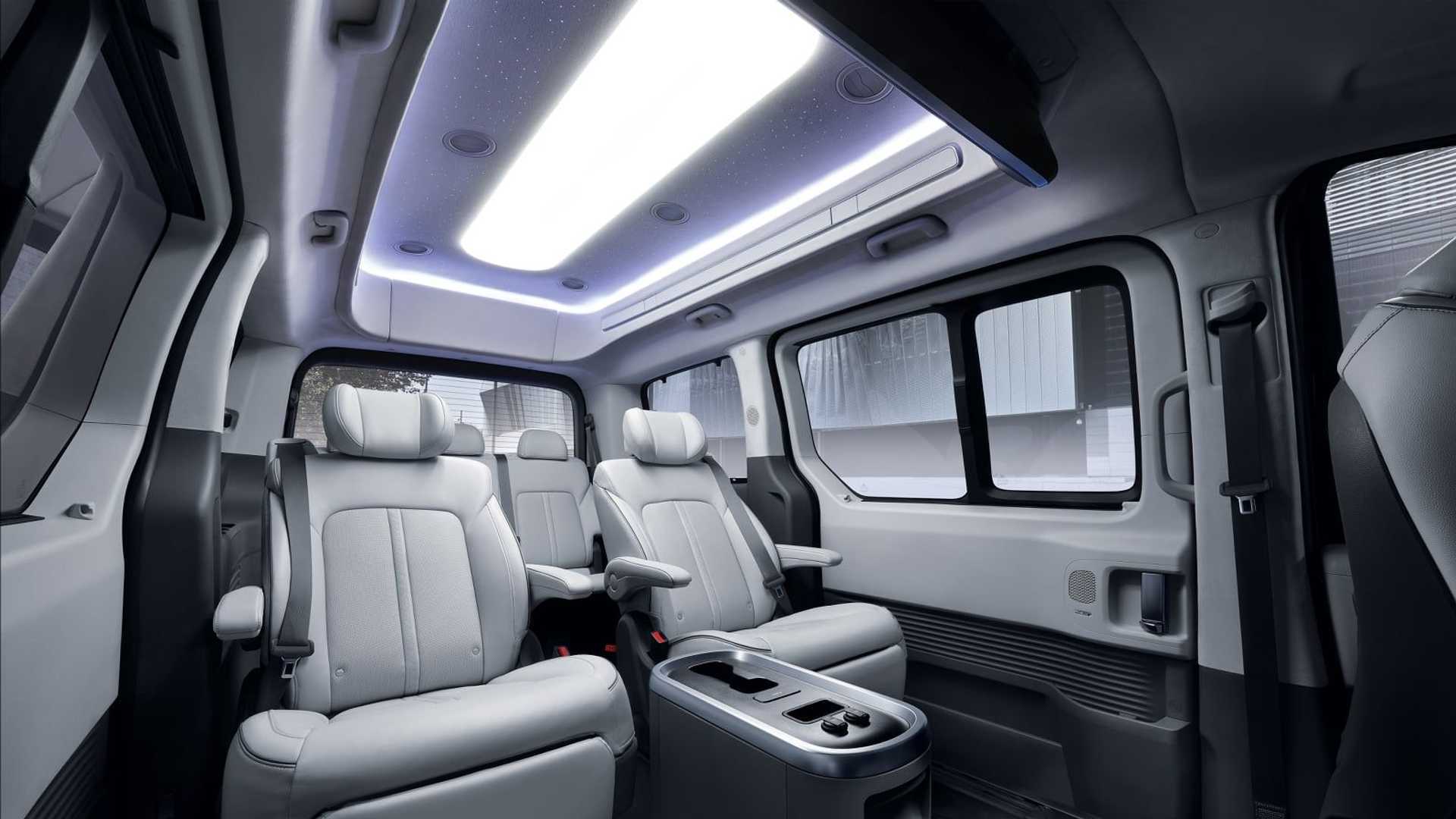 Hyundai never ceases to amaze us with its ways of making the already captivating Staria minivan even more interesting. Previous commercial vans, school buses and motor homes have their own quirks (and features), but the new Lounge Limo unveiled this week takes the cake. It sits at the top of the range and is more spacious than all the others thanks to a high roof.

The retractable ceiling increases the available headroom inside the spacious cabin by 205 mm (8 inches). There’s now room for a massive 25-inch display, prompting Hyundai to say it’s the biggest in the Staria segment. The multimedia component is well covered as you get USB and HDMI connections, smartphone mirroring and HD DMB. The latter is an acronym for digital media streaming used to send television and radio to mobile devices in high definition.

Joining the motorhome with its pop-up tent, the Staria Lounge limo has been fitted with an air purifier and “Starry Sky” mood lighting in the raised roof. Additional LED lights for the second and third rows reinforce the cozy atmosphere. For a smoother ride, Hyundai engineers tweaked the suspension and electric power steering. Additionally, more sound deadening materials were installed to make the cabin quieter.

Available with seven or nine seats, the chic minivan features a nifty center console with an integrated table that opens. It can be moved from the front row to the back and has amenities such as a USB Type-C port and a cup holder. Open the sliding door and the running boards corresponding to the second row of seats deploy electrically.

Apart from the higher roof, the Staria Lounge limo stands out visually thanks to its two-tone 18-inch alloy wheels exclusive to the flagship trim. Hyundai paints the premium minivan in Abyss Black Pearl or Creamy White, both featuring a gray finish for the interior.

The math starts at 57.92 million won for the nine-seater version while the seven-seater version sells in South Korea for 59.63 million won. This equals $46,850 and $48,200 at current exchange rates, respectively.

2022-04-20
Previous Post: Audi’s flagship limo unveiled ahead of its launch!
Next Post: The very first 2023 BMW i7 electric limousine