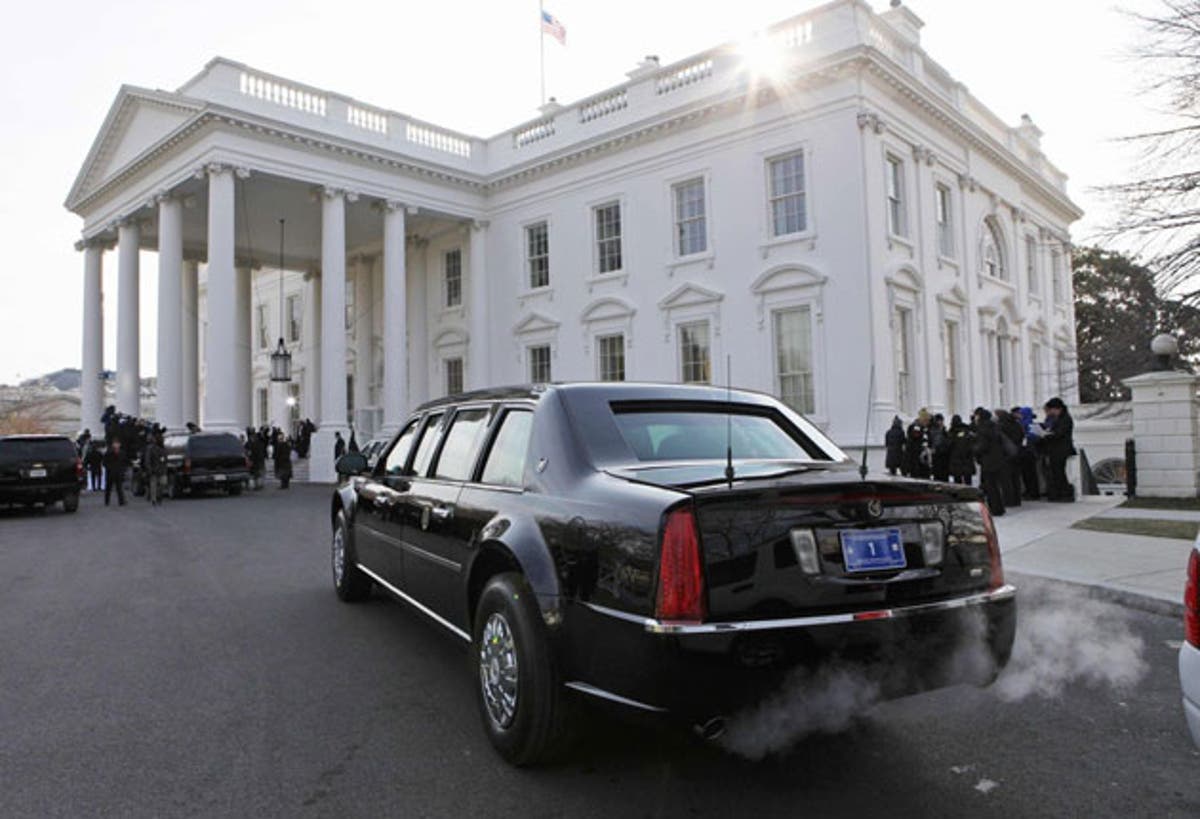 When President Joe Biden arrives at Westminster Abbey on Monday, he will be just one of the few foreign leaders permitted to use his own ground transportation to and from Queen Elizabeth II’s funeral.

But unlike most foreign visitors to London, Mr Biden will not engage the services of a local car service or hire a vehicle from a fleet of rental cars.

Instead, the US president will travel in the same custom armored state car that transports him on any trips away from the White House, abroad or at home.

Although it is built with the familiar grille, headlights and taillights used on Cadillac vehicles available to all consumers, it is not based on any production vehicle currently rolling off the assembly lines in Detroit.

The last time a president’s armored vehicle was based on a car you could buy from a dealership was in 2001, when then-president Bill Clinton used a state car Heavily modified Cadillac Fleetwood which was acquired in 1993, replacing a heavily customized Lincoln Town Car used by its predecessor, George HW Bush.

When Mr. Bush’s son, George W Bush, assumed the presidency in January 2001, the car that took him to his inauguration and drove him around the world for the next eight years was not based on any converted consumer car as Cadillac ceased making cars suitable for conversion into presidential transports.

Since young Mr. Bush took office, the president’s car has remained a Cadillac. But while the limousines of subsequent presidents – including Mr. Biden – still bear the Cadillac crest on the grille, any similarity between the presidential vehicle and these luxury vehicles ends there.

Unlike the armored Range Rover Sentinels or Jaguar XJ sedans used by British Prime Ministers, the car used by the President of the United States is completely bespoke and built to Secret Service specifications.

According to Car and Driver, the Cadillac-badged limo that Mr Biden began using when he assumed the presidency was delivered to the Secret Service in 2018 and is built on a GMC TopKick chassis intended for medium utility vehicles.

Automotive magazine Road and Track described the vehicle as “a simple evolution of the older model with more current Cadillac design cues, like an Escalade sedan.” Several outlets reported that the weight of the vehicle was in the range of 20,000 pounds.

The Secret Service did not respond to a request for information on the car’s capabilities at the request of The Independent (they rarely comment on the President’s protection) but what is known about the car is that it has some impressive features meant to protect its occupant in all sorts of situations.

The car is fully armored with tires designed to keep the car moving even if all four wheels take incoming fire. He has night vision abilities and can dispense smokescreens and oil slicks to confuse anyone determined to pursue him.

According to NBC, the vehicle’s armor is made of aluminum, ceramic and steel and can be up to eight inches thick in some places.

The car windows do not open and are made of five-inch-thick bulletproof glass. And the doors of the car would be as heavy as those of a Boeing airliner.

It’s also airtight and soundproof – the interior has speakers so occupants can hear what’s going on outside the car – and carries a supply of oxygen in case of a chemical or biological attack.